In our Proud to Publish series we talk to our book editors about the books they were most proud to publish, commission or work on, in the past year. For this post we interviewed our senior editor for Applied Sciences books, Mary James, who is based in New York, US. Mary is an acquisitions editor for scientific books (including monographs, contributed works, professional books, textbooks, and major reference works) in communications engineering, signal processing, and optical networking.

Read our interview with Mary below and find out which book she was most proud to publish in 2020.

What book are you proud to have published in 2020 and why?

I am proud to have published the Springer Handbook of Optical Networks. This 1100+ page Springer Handbook is the combined effort of over 80 leading experts from academia, industry, international government, and regulatory agencies in the field of optical networking, which is the backbone of the Internet (without which 2020 would be very different). I first sat down with Dr Biswanath Mukherjee, Distinguished Professor Emeritus at University of California, Davis in 2016 in San Francisco to try and convince him that embarking on a massive, multiyear book project was a good idea. Thankfully, he agreed.

When was the book published and how did it launch?

The book was published in October 2020, and though our original launch plans have changed vastly because of COVID-19, we had to get creative and worked with a major optical networking conference (ECOC) to arrange a virtual panel discussion with the editors in December. You can watch a recording of our panel discussion here. Plus, we promoted the book a lot on social media and through press releases around the conference (and beyond). 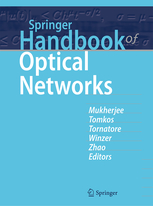 Click here for more information about this and other titles in our Engineering collection. To add this title to your library contact us here. 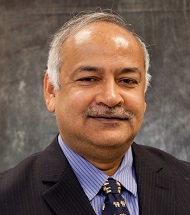 Biswanath Mukherjee is a Distinguished Professor Emeritus at University of California, Davis, CA, USA.  He holds a PhD from the University of Washington, Seattle, (1987) and a B.Tech (Hons) from Indian Institute of Technology, Kharagpur, (1980). He is also Distinguished Professor and Founding Director of the Institute for Broadband Research and Innovation (IBRI) at Soochow University in China. He has been involved in several successful optical startups, including Ennetix, a SBIR-funded company specializing in AI-powered, application-centric, network analytics for optimal user experience. Biswanath Mukherjee served as program chair for several OFC, IEEE INFOCOM and IEEE Advanced Networks and Telecom Systems (ANTS) Conference, the latter he co-founded. He is the editor of Springer’s Optical Networks Book Series and served on several journal editorial boards, including IEEE/ACM Transactions on Networking and IEEE Network. He received multiple awards for his scholarly and educational achievements and is the winner of the IEEE Communications Society's inaugural (2015) Outstanding Technical Achievement Award "for pioneering work on shaping the optical networking area". He was made an IEEE Fellow in 2006. 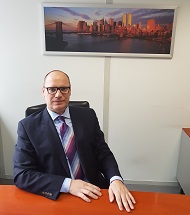 Ioannis Tomkos is a Professor of Optical Communications at the Department of Electrical and Computer Engineering at the University of Patras, Greece. His current research focuses on the use of optical communications systems for 5G/6G and datacenter networks. In the past he held numerous positions in both industry and academia positions in various countries around the world (e.g. USA, Spain, Cyprus, Italy and Greece). His research group is involved in over 25 EU-funded research projects with a consortium-wide leading role and he is as Technical Manager for 10 major EU projects. His published work has received about 10.000 citations. In 2018, Dr. Tomkos was elected a Fellow of IEEE “for contributions in Dynamic Optical Networks”. He is also a Fellow of the IET (2010) and the Optical Society (2012). 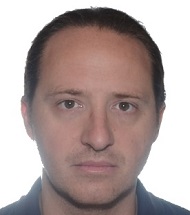 Massimo Tornatore is currently an Associate Professor in the Department of Electronics, Information, and Bioengineering at Politecnico di Milano, where he received a Ph.D. degree in 2006.  He also holds an appointment as Adjunct Professor at University of California, Davis, USA and as visiting professor at University of Waterloo, Canada. His research interests include performance evaluation, optimization and design of communication networks (with an emphasis on the application of optical networking technologies), cloud computing, and machine learning application for network management. He has participated in several EU R&D projects as well as in several other projects in US, Canada and Italy.  Massimo Tornatore is a member of the Editorial Board of IEEE Communication Surveys and Tutorials, IEEE Communication Letters,  Springer Photonic Network Communications, and Elsevier’s Optical Switching and Networking.  He is an active member of the technical program committee of various networking conferences and a senior member of the IEEE. 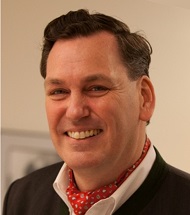 Peter J. Winzer received his Ph.D. in electrical engineering from the Technical University of Vienna, Austria, in 1998. Supported by the European Space Agency, he investigated space-borne Doppler lidar and laser communications. From 2000 to 2019 he was at Bell Labs in NJ, where he focused on fiber-optic communication systems and networks and contributed to many high-speed optical transmission records and field trials up to 1 Tbit/s per carrier. Before leaving Bell Labs in 2019, he led its global optical communications research. Peter Winzer is actively involved with the IEEE Photonics Society and the Optical Society (OSA). He served as Editor-in-Chief of the IEEE/OSA Journal of Lightwave Technology and was Program Chair of both ECOC and OFC. Dr. Winzer is a Highly Cited Researcher, a Bell Labs Fellow, a Fellow of the IEEE and the OSA, and an elected member of the US National Academy of Engineering. He received multiple awards, including the John Tyndall Award. 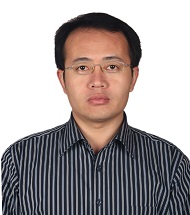 Yongli Zhao is a full professor of State Key Laboratory of Information Photonics and Optical Communications at Beijing University of Posts and Telecommunications (BUPT). He is a senior member of IEEE and MIET member of IET. Yongli Zhao received his Ph.D. from BUPT in 2010. He received support within the Youth Talent Plan Beijing City (2013), as well as the National Science Fund for Excellent Young Scholars in China (2018). In the past five years, he has chaired and participated in more than 30 research projects, including the National High Technology Research and Development Program in China, the National Basic Research Program of China, and National Natural Science Foundation of China (NSFC) projects. He was a visiting associate professor at UC Davis (2016-2017).  His current research focuses on software defined optical networks, elastic optical networks, datacenter networking, machine learning in optical networks, optical network security, and quantum key distribution networking.