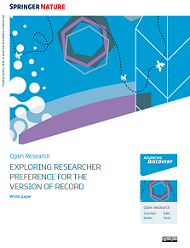 Diana Petrowicz is an Online Marketing Manager in the Institutional Marketing team, based in the London office. She manages 'The Link' blog, creates web content for the librarian webpage and produces the Library Link newsletter to keep the librarian community updated on trends and news.